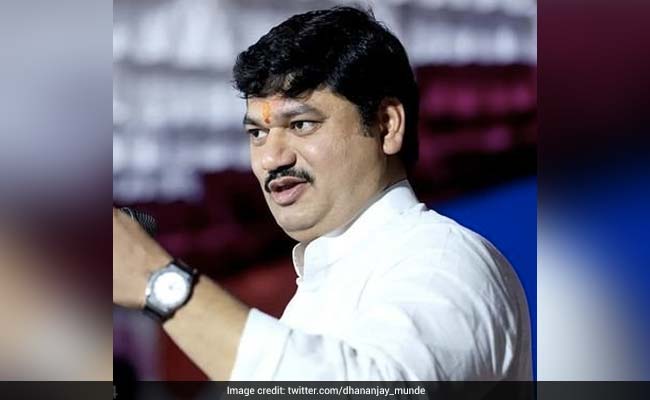 Leader of the Opposition in the Maharashtra Legislative Council Dhananjay Munde claimed today that details of the state budget were leaked on the Twitter handle of finance minister Sudhir Mungantiwar before it was presented in the assembly.

Mr Munde and some other opposition members raised the issue in the Council and disrupted the budget presentation by Minister of State for Finance Deepak Kesarkar in the House.

Since Maharashtra Legislature comprises the Assembly and the Council, the state budget is presented simultaneously by a cabinet minister and a junior minister in the Lower and Upper House, respectively.

When Mr Kesarkar tried to present the budget in the Upper House, Mr Munde waved his mobile phone and then read out from it some budget details, which he claimed were posted on Mr Mungantiwar’s Twitter account.

Mr Munde said even before Mr Mungantiwar read out the first part of the budget in the Assembly, his twitter account already put out the information.

When the House resumed, BJP member and state revenue minister Chandrakant Patil said he would move a no-confidence motion against the chairman.

“We have come to the conclusion that the House chairman cannot protect our rights. We will move a no- confidence motion against you,” said Mr Patil, who is leader of the house said.