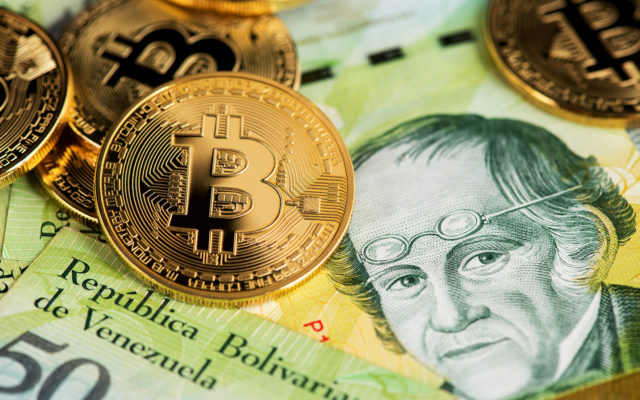 Bitcoin can be many things depending on the situation. For many it is a store of value, for some, it is a trading vehicle, but for Venezuelans, BTC is the most reliable hedge against the rampant hyperinflation the Latin nation is suffering.

The inflation has reached such epic proportions that the Banco Central de Venezuela has printed more new notes with a lot fewer zeroes on them. According to an official statement last week the government has printed new banknotes of 10,000, 20,000 and 50,000 bolivar denominations. The release added that the new bills are aimed “to make the payment system more efficient and facilitate business transactions.”

According to one Venezuelan posing on Reddit, the new notes have already been devalued.

During last year’s monetary reform the state announced the launch of a new re-denominated Bolivar which shaved five zeros off the national currency. The ‘sovereign Bolivar’, or Bolivar Soberano (VES), replaced the super inflated ‘strong bolivar’, Bolivar Fuerte (VEF), which had itself replaced the original currency in 2008, when three zeros were chopped.

President Maduro claimed that the new VES currency would be anchored by the oil-backed state-issued digital coin, the Petro. Economic conditions in Venezuela have continued to spiral out of control as political clashes escalate. According to the International Monetary Fund inflation is expected to hit 10 million percent this year.

The Financial Times reports that the number of people fleeing the country could reach 8 million by the end of next year making it the biggest recent exodus anywhere on the planet.

Bitcoin Is The Answer

When a state manipulated currency decreases in value people need to look elsewhere in order to survive. Bitcoin would be the savior in this instance and, according to Coin Dance, more Venezuelans are turning towards it. Volumes have surged to all-time highs of over 45 billion in recent weeks as bitcoin surged to new highs for fifteen months.

Venezuelans are not the only ones looking towards Bitcoin as a hedge against economic oppression; it is also going on in Russia, China, Iran, and Turkey. People are slowly waking up to the mess that their governments are making and realizing that there is a viable and safe alternative in Bitcoin.

Would you switch to Bitcoin over fiat? Add your thoughts below.

The post Bitcoin a Better Bet Than Bolivars as Venezuelan Hyperinflation Escalates appeared first on Bitcoinist.com.